Since 2015 members and guests of Temple Beth El have been meeting to discuss issues pertaining to the State of Israel.  Under Rabbi Naomi's guidance, the group studied the history of diverse Zionist movements and documents critical to Israeli history.  For the past few years the group has focused on discussing current events as presented in articles from the Israeli and American press.  Currently TBE 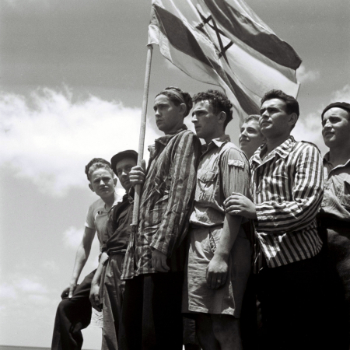 member Oren Nachson is sharing photos and reflections on his work as a photojournalist in Israel. The group is open to any TBE member interested in friendly discussion of the challenging issues facing Israel.

The first three years of the Israel Study & Discussion Group were devoted to a methodical examination of the history of Israel/Palestine, from the origins of Zionism, through the various aliyot and the founding of Israel, up to the present.  Readings from the following books helped to inform our discussions:

This group meets intermittently. Check the TBE Calendar for the date and time of the next Israel Study & Discussion Group meeting.

The resources on this page are presented to further understanding and stimulate discussion, and do not necessarily represent the views and opinions of Temple Beth El.

The videos and articles below were suggested by K'lal Yisrael Committee Chair Oren Nachson. [Click on links to view videos or read articles]:

It has been more than 50 years since the 1967 war that allowed Israel to occupy the Palestinian territories of Gaza and the West Bank.  During this time numerous peace initiatives, including the very promising Oslo Accords, have failed to reach a final status agreement to bring peace to this troubled region.  This ongoing situation has brought violence and insecurity to Israel, and repression, injustice, and humiliation to Palestinians.

50 Years of Occupation: A Film Screening & Discussion Series used documentary films by Israeli and Palestinian filmmakers to go behind the headlines, beyond the many policy proposals and endless political posturing, to help put a human face on the consequences of this intractable conflict.

Most importantly, it showed how individuals, on the ground, and on the front lines, can transcend hopelessness to find the vision and courage to work together non-violently to resist oppression.

The following films were shown in this class: