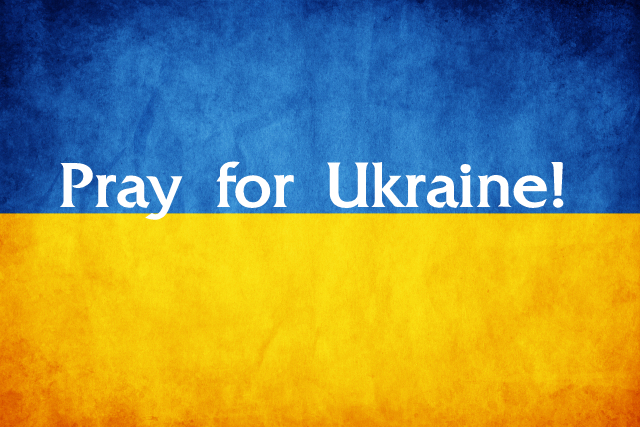 Long ago when I was in high school in Concord, Massachusetts, I had the opportunity to learn some Russian and practice with my grandfather Sam who lived with us for part of the year. I followed that up with an intensive summer course and could speak well enough to enjoy long conversations in Russian with my great-uncle Alexander. I never traveled to Russia and I've forgotten most of what I knew, but a few years ago I got out my old books and brushed up my Russian so I could conduct two weddings in English, Hebrew and Russian. With my limited skills I was able to keep up conversation with the grandmothers.
Watching the heartbreaking news this week, I was deeply moved to hear Ukrainian President Volodymyr Zelensky in a remarkable speech directed to the people of Russia. Raised in a Russian-speaking region of the former Ukrainian Soviet Socialist Republic, Zelensky is fluent in both Russian and Ukrainian. With some help from the English captioning, I could understand every passionate word he uttered. The tone and bearing of this brave young leader, and hearing his speech in the language of my grandfather's generation, touched me to the core. I only recently learned that Zelensky is Jewish.
In striking contrast, in another news segment I heard Russian President Vladimir Putin announcing his "special military operation" for the purpose of the "demilitarization and de-nazification of Ukraine." I couldn't believe my ears. It sounds bad enough in English, and even worse in Russian. I had been unaware of Russia's ongoing propaganda campaign claiming that Ukraine is controlled by neo-Nazis. This would be outrageous in any circumstances, but all the more so because President Zelensky's great-grandfather and grand-uncles were murdered in the Holocaust.
Recently I wrote an editorial about inappropriate references to the Holocaust by anti-vaxxers in the US. (It should be published in the Times-Standard next week.) Putin's rhetoric carries this bizarre reframing of the Holocaust to unfathomable extremes. For an understanding of the background to this propaganda, I recommend these pieces from MSNBC and the New York Times:
https://www.msnbc.com/the-mehdi-hasan-show/watch/putin-s-bogus-claim-to-denazify-ukraine-133991493515
https://www.nytimes.com/2022/02/23/world/europe/putin-announces-a-military-operation-in-ukraine-as-the-un-security-council-pleads-with-him-to-pull-back.html
The news is full of maps of Ukraine, Belarus and Russia. We see the names of cities and towns that hold a powerful place in Jewish memory: the centers of great Hasidic dynasties, and also the sites of horrific pogroms. Millions of us today could trace our ancestry back to this region. This war so far away can feel so close.
This morning President Zalensky posted a video of himself with ministers of his cabinet in the capitol under attack, in which he declared, "We're here. We're in Kyiv. We're defending Ukraine."
https://t.me/V_Zelenskiy_official/733
To hear moving remarks made a few days ago by URJ President Rabbi Rick Jacobs and Jewish leaders in Ukraine, and to support the vibrant Jewish community in Ukraine:
https://wupj.org/news/2022/02/51971/world-union-launchs-ukraine-crisis-fund/
Let us pray for a swift end to the fighting, and for the safety of President Zelensky, members of his government, and everyone caught up in this tragic conflict. When we wish one another Shabbat Shalom tonight, let us hope for a cease fire and progress toward true peace.
B'shalom,
Rabbi Naomi